Ads are a pivotal way to monetize in today’s app/game world.  But how do we maintain the immersive gameplay experience for the player while still delivering the monetizing lifeblood a developer needs to sustain one’s self?  Even now, the debate often rages, Interstitial Ad or Banner Ad?  Here are a few key rules of ad display that can keep your players engaged and within your immersive gameplay experience.  Let’s explore…

Interstitial ad units, often full screen ad displays, are usually 10 times bigger than the size of traditional banner ads, and generally appear within the flow of regular content. Given that the current generation of game players is defined by a shrinking attention span, interstitials have become an almost guaranteed way to get the users attention and monetize at a significantly higher rate (InMobi’s Appnomic’s handbook shows that interstitials have roughly double the conversion rate on Android).  Interstitial ads have also been shown to significantly capture the user’s attention at much higher rates than traditional ad banners.  However, because gameplay is completely halted and disrupted when using an interstitial ad there are a few well-defined places where these types of ads work best:    between game levels, before and after games with short gameplay sessions, and when opening a store to announce a sale have proven to be effective uses.  Interstitials are also often used in lieu of loading screens… if a user must stare at a screen and wait, why not monetize? 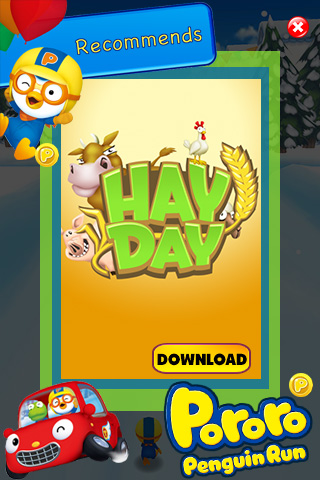 But!  We recommend that developers not rely on one method of ad display.  We’ve learned that rotating ad formats can reduce ad fatigue for players and help drive higher ad engagement.  And while it is often tempting to use interstitials more frequently to improve monetization, we’ve observed that developers see maximized eCPMs when interstitials are used every 2-3 minutes. Interstitial ads used at certain critical junctures within the game can lead to a negative user experience, and this is where banner placement becomes king.  Ad Banners, while providing lower overall eCPM and conversion rates, can be used more heavily during gameplay without breaking the perception of reality we’ve created for the player.

But what type of interstitial is best used for my game?  There are, after all, several types of interstitials ranging from video ads, to rich media, to static, to timed interval (ones which persist at predefined intervals every X amounts of time).  1. Static interstitials are the  most effective in driving engagement in games with short bite-sized gameplay experiences. In this case, static interstitials can quickly transmit a message or be used to reiterate a singular message multiple times.  2. For games with longer gameplay intervals we see that rich media or video interstitials are best served.  This allows the player to rest their mental state between sessions for a moment while these interstitials deliver higher eCPMs.  This not only helps you monetize but also reenergizes the player to charge through more gameplay, thus increasing your game’s engagement levels!  Conclusion. The bottom line is that static interstitials see roughly a 20% click-through-rate while video interstitials see a tremendous boost in engagement.

Hopefully you can apply these methods to enhance your players’ ad experiences, giving them better quality immersive gameplay all while you bring money to the bank!

To help you develop a deep ad strategy for your games, I highly recommend checking out InMobi’s Appnomic’s handbook!